We released the first in a series of planned reports on the transition of Australian payments to the digital economy. The report is part of an industry action plan to manage the decline of cheques.

The report entitled “Towards the Digital Economy: Milestones Report” shows that cheque use in Australia continues to decline rapidly.

Figures from the Reserve Bank of Australia show that for the year to 31 December 2012, cheque use dropped 12.5% – down from 256 million to 224 million. Over the past decade, cheque use has dropped by 66%. This decline is consistent with international trends. 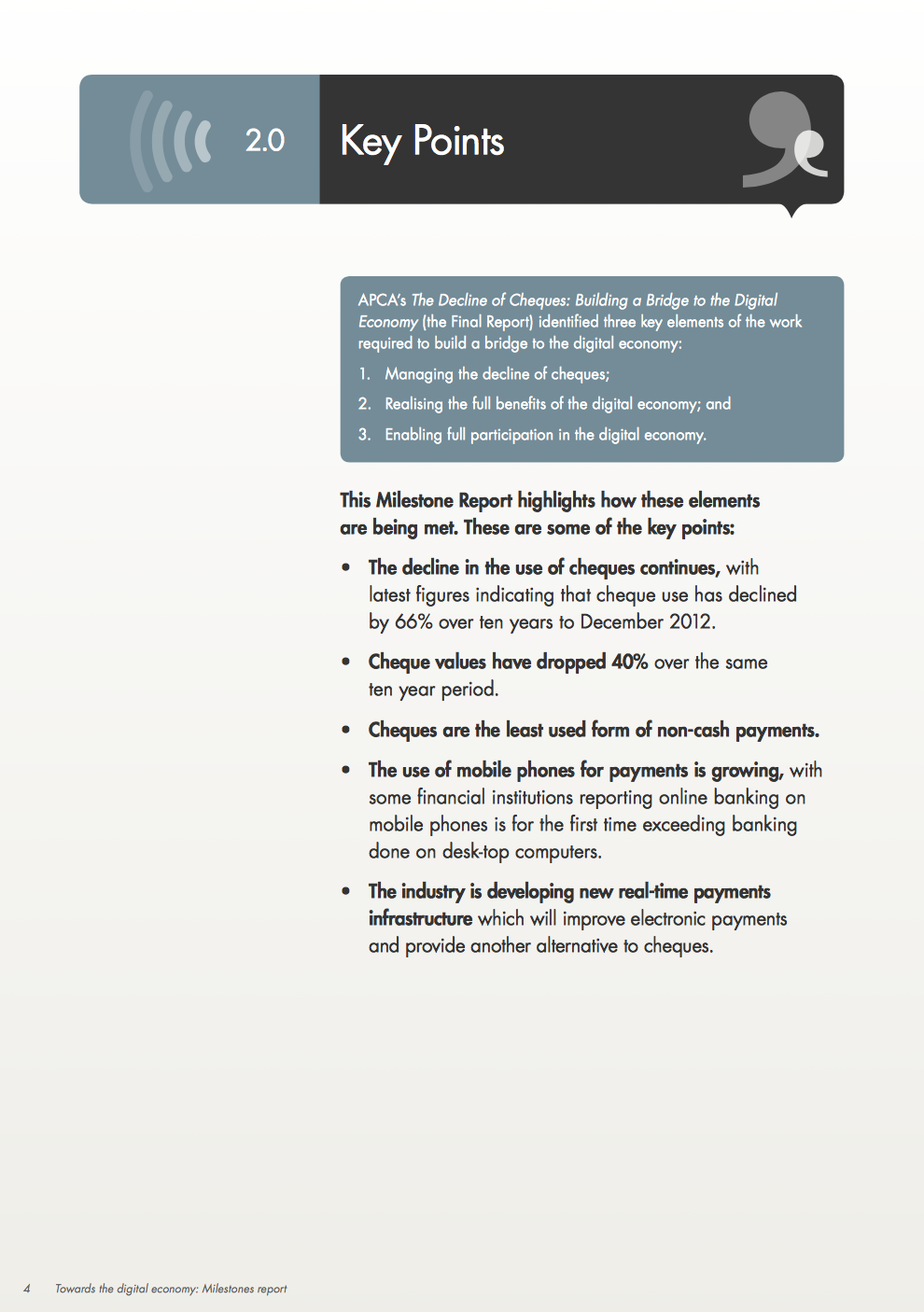