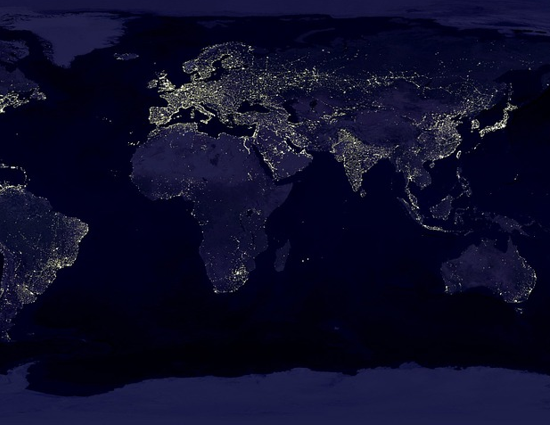 A Global Commitment to Change

However, a combination of technological development and intensified policy focus at a high level means that progress could be about to accelerate.

Under the 2019 presidency of Saudi Arabia, the G20 committed to making CBP a priority. They see faster, cheaper, safer, more transparent, and more inclusive CBP services as a way to support economic growth, international trade, global development and financial inclusion.

Facing into the Challenge - Financial Stability Board Roadmap

To effect this priority, in October 2020 the G20 endorsed a roadmap developed by the Financial Stability Board (FSB) in coordination with the Committee on Payments and Market Infrastructures (CPMI) and other relevant international organisations and standard-setting bodies including the International Monetary Fund (IMF).

The roadmap represents the final stage of a three stage process, building firstly on the FSB’s Stage 1 report, which set out the their view of the challenges and frictions in cross-border payments. The CPMI’s Stage 2 report, then identified a set of ‘building blocks’ where further joint public and private sector work could enhance CBP, thereby supporting a global approach to addressing the underlying frictions identified in Stage 1.

Public consultation on the individual ‘building blocks’ will take place at various points over the five-year life of the roadmap.

The roadmap itself provides a high-level plan, which sets what the FSB sees as ‘ambitious but achievable’ goals and milestones. It is also designed to allow for flexibility and adaptation as participants progress the roadmap’s short-term practical improvements and long-term initiatives.

Accountability will be the key to ensuring effective implementation. According to the FSB, ‘This is not simply one more report, but a set of concrete reforms, practical steps, and milestones that specific institutions will be held accountable to implement.’

The FSB acknowledges that the involvement of the private sector, including financial institutions and standard-setting bodies, will be key to the implementation of the roadmap, both in terms of consultation and in delivering change. To this end, the roadmap incorporates a framework where individual actions are taken forward by the most suitable expert bodies.

In the meantime, the FSB will provide coordination and report publicly to the G20 each year on progress. This process will provide an opportunity to update and adapt the roadmap over time, in order to keep it on track to meet its overall goals.

Australia is On Board - AusPayNet’s Cross-Border Payments Advisory Council

The ‘building blocks’ that make up the roadmap will require coordination across multiple industry participants. AusPayNet has taken responsibility for this coordinating in the Australian market.

To do this, AusPayNet has formed a Cross-Border Payments Advisory Council (CBPAC) made up of the major banks, four other financial institutions active in CBP (two Australian, two international), the Reserve Bank and Treasury.

The CBPAC had its first meeting on 21 April and provided unanimous support for a coordinated industry approach in Australia to the enhancement of CBP.

It was agreed that 10 of the 19 building blocks within four of the five key focus areas of the FSB roadmap require industry work coordinated by AusPayNet. They are:

A number of industry working groups will be formed to carry out this work.

The fifth key focus area and remaining building blocks will be actioned by other industry bodies, but will be on a watching brief and reviewed regularly.

The CBPAC will meet again on 26 May and then quarterly thereafter.

There are synergies with the new work to enhance CBP and AusPayNet’s work supporting the ISO 20022 industry migration project.

As AusPayNet’s Program Director for ISO 20022 Industry Migration wrote in a recent blog, ISO 20022 creates a range of opportunities and benefits, including greater interoperability through payment systems and networks speaking the same language:

“… [ISO 20022] removes overheads associated with translation and conversion. Payments can travel more easily between payment networks around the globe, increasing reach and overcoming the fragmentation found between systems and networks based on older formats. By ensuring systems are standardised, new payments technologies that are constantly in development can remain efficiently connected.”

Enhancing cross-border payments is likely to unlock innovation and much needed growth in a global economy that could do with a boot, particularly following the COVID-19 crisis. Changes to cross-border payments also have a bearing on the stability of the international monetary system, on financial inclusion, and on the efficiency of trade and financial markets.

It is important to get this right, and doing so will depend on a diversity of parties around the world working together and being accountable.

AusPayNet is ready to help Australia do its part.